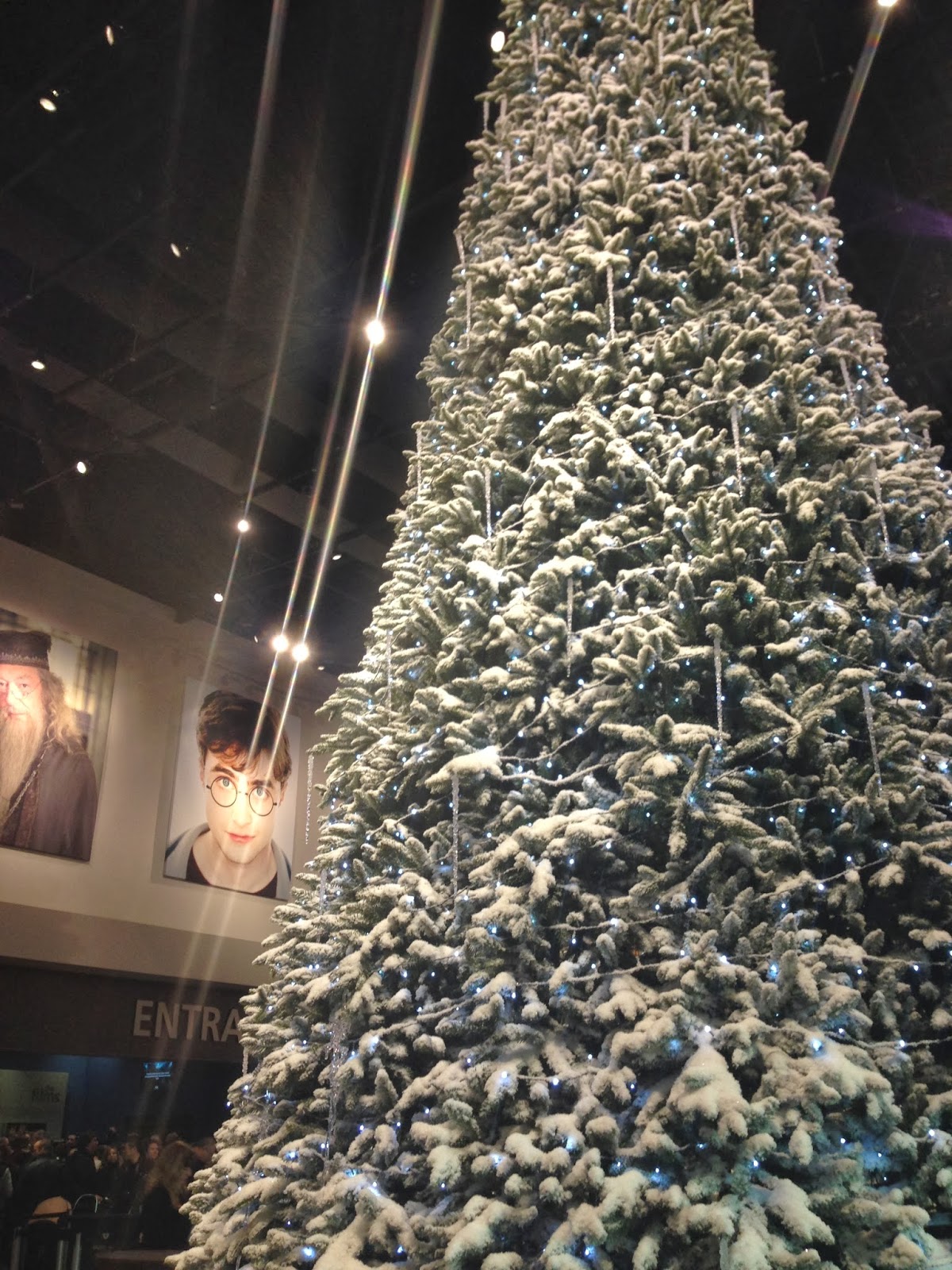 Yesterday I went to visit the Harry Potter Studio, woo hoo! There is no better way to start off December in Hogwarts with Harry Potter! I am a huge fan of the books (I went queuing up at midnight for the release!!), and I do love the movies too! 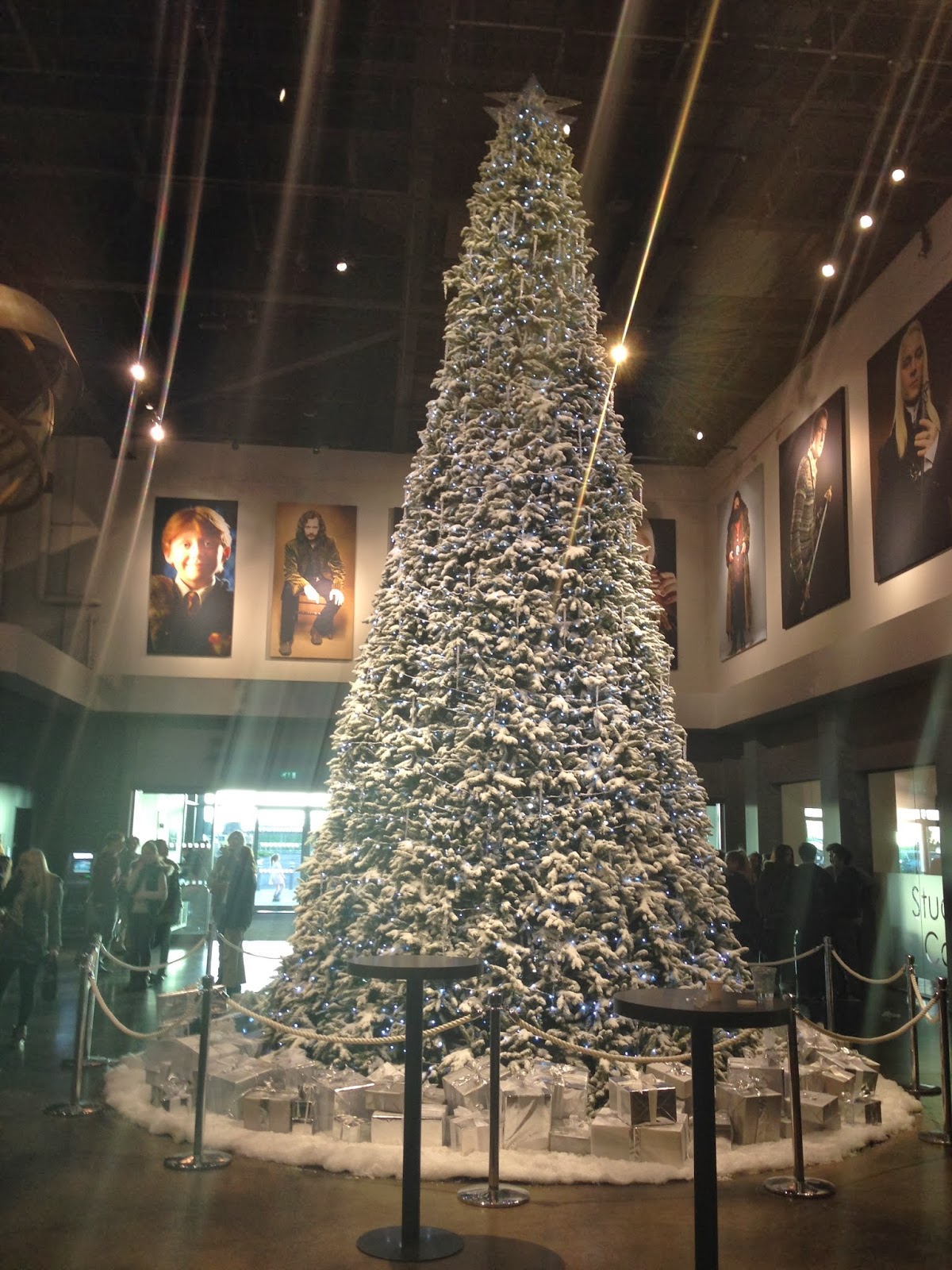 The Xmas Tree at the entrance area is magnificent!!! 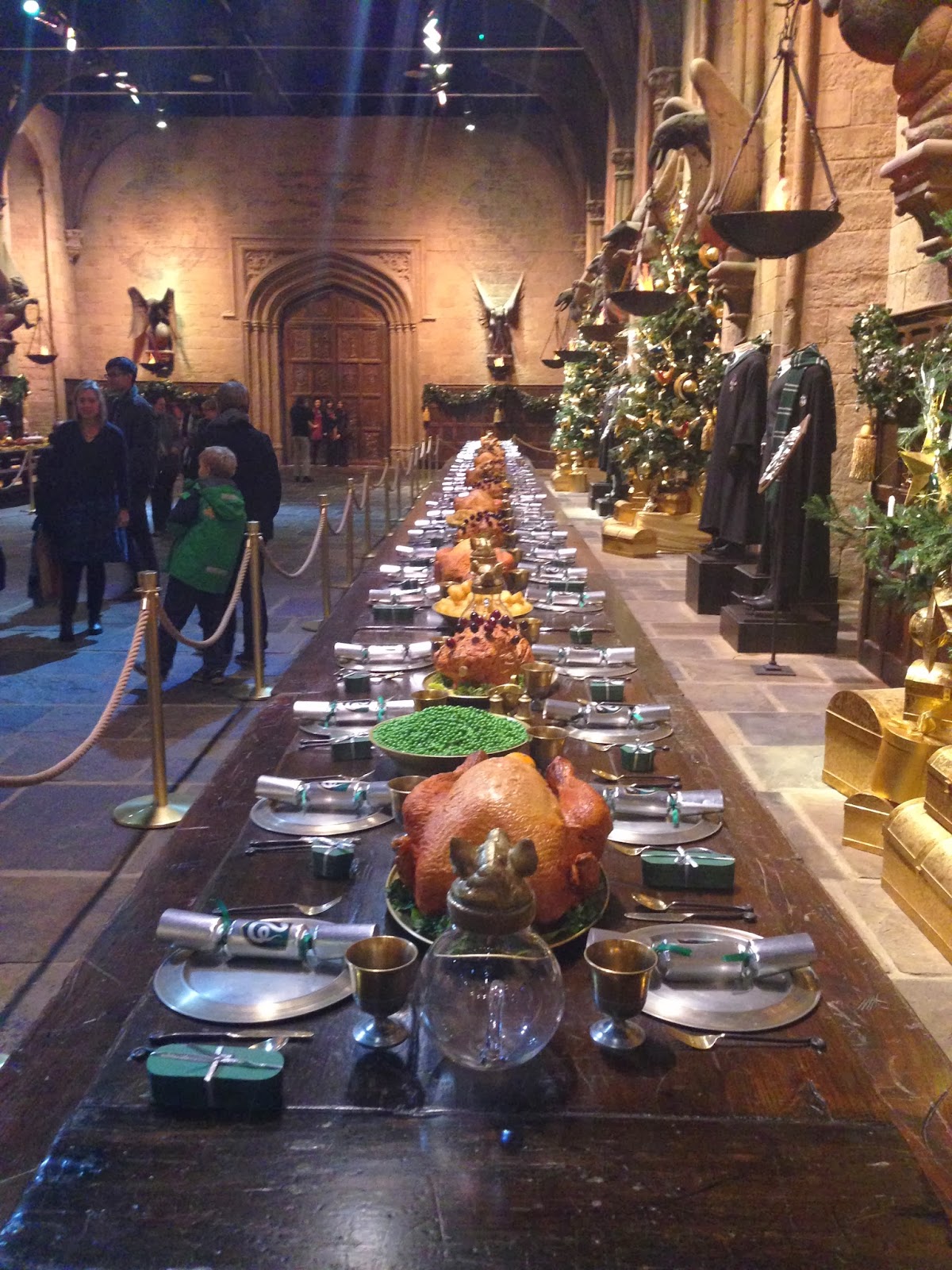 The Hogwart's Great Hall's table is very long! It was with Xmas dinner set up. 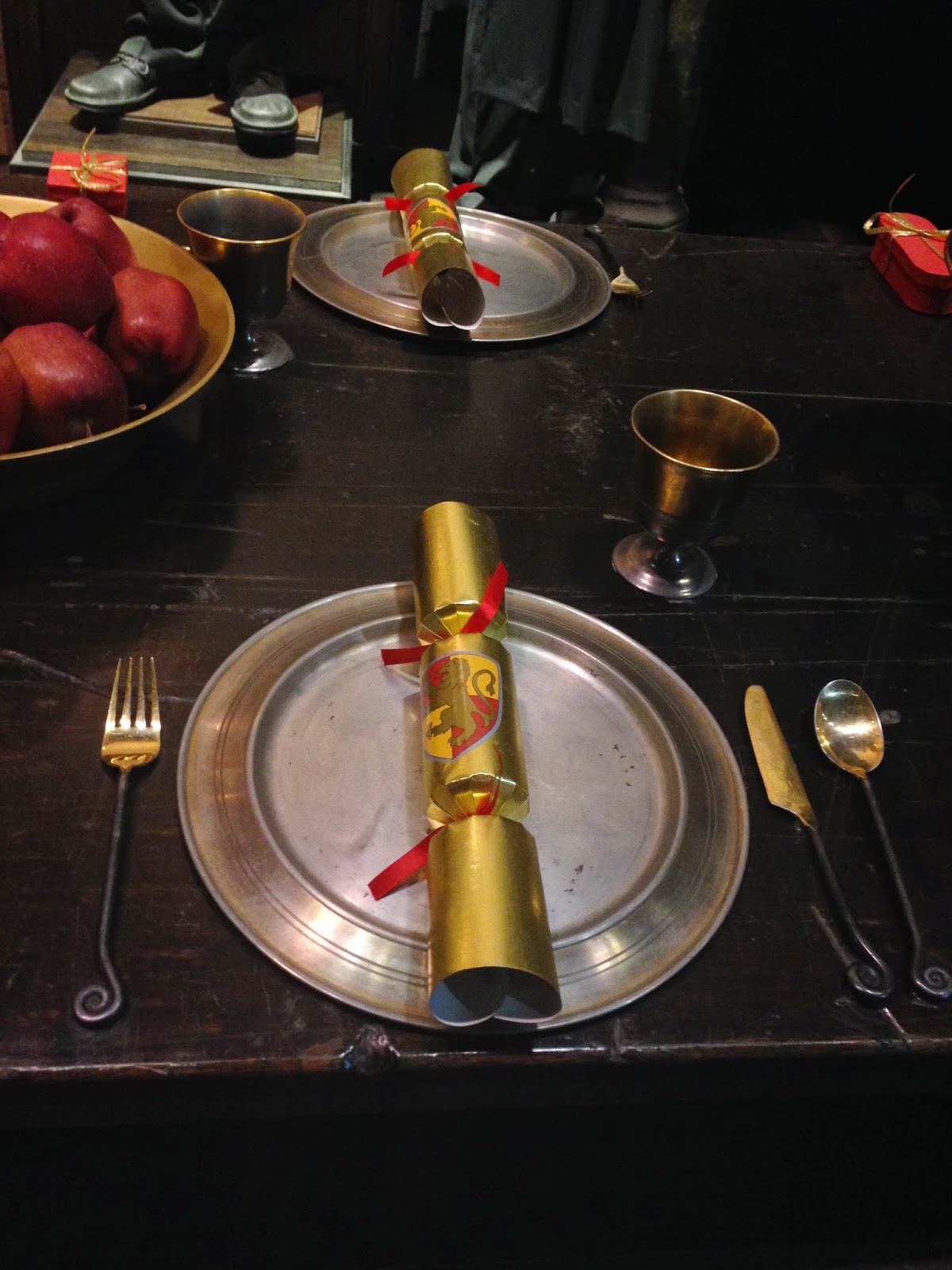 Gryffindor's Xmas Cracker! I wish they were selling these in their souvenir shop. 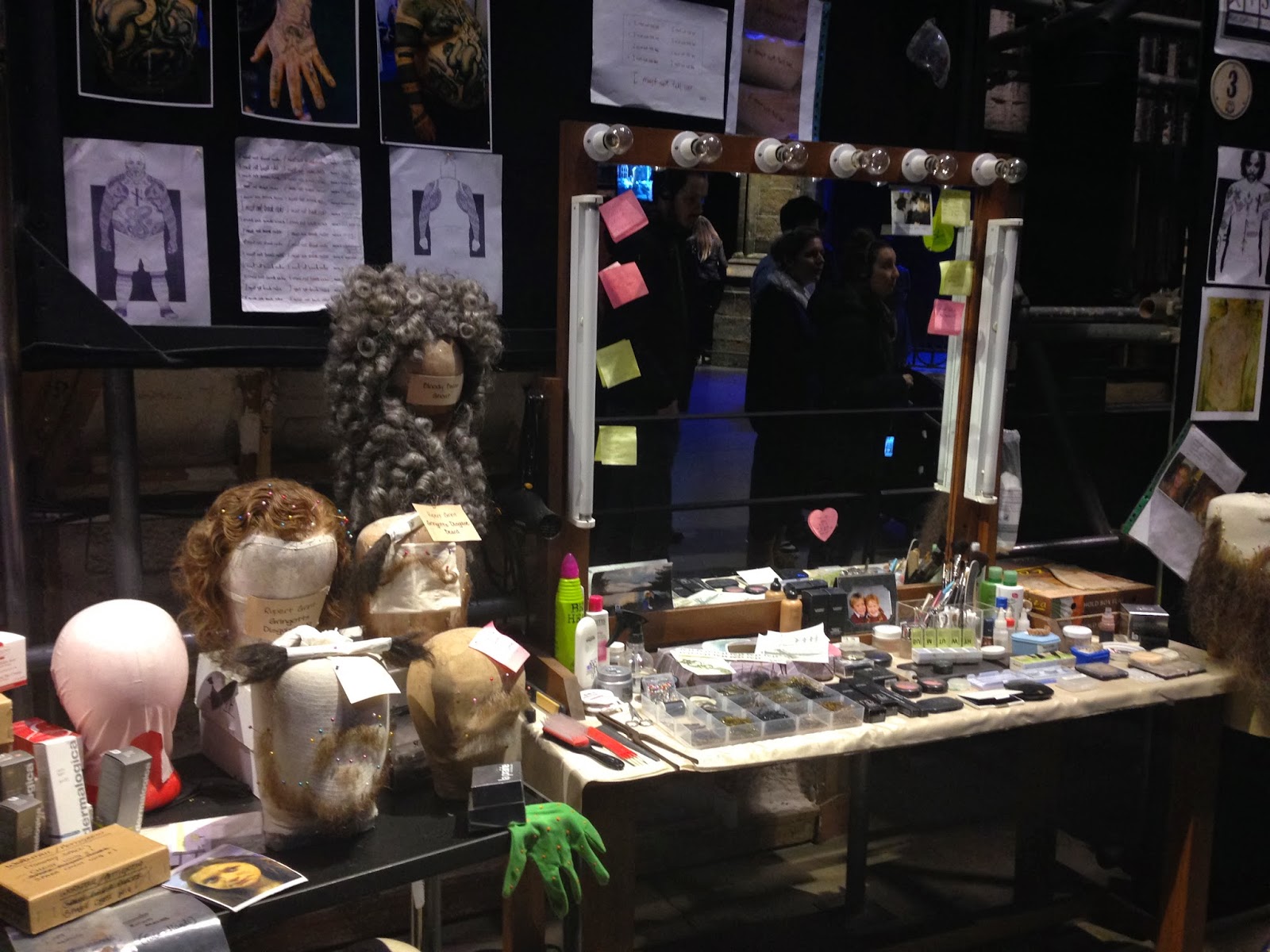 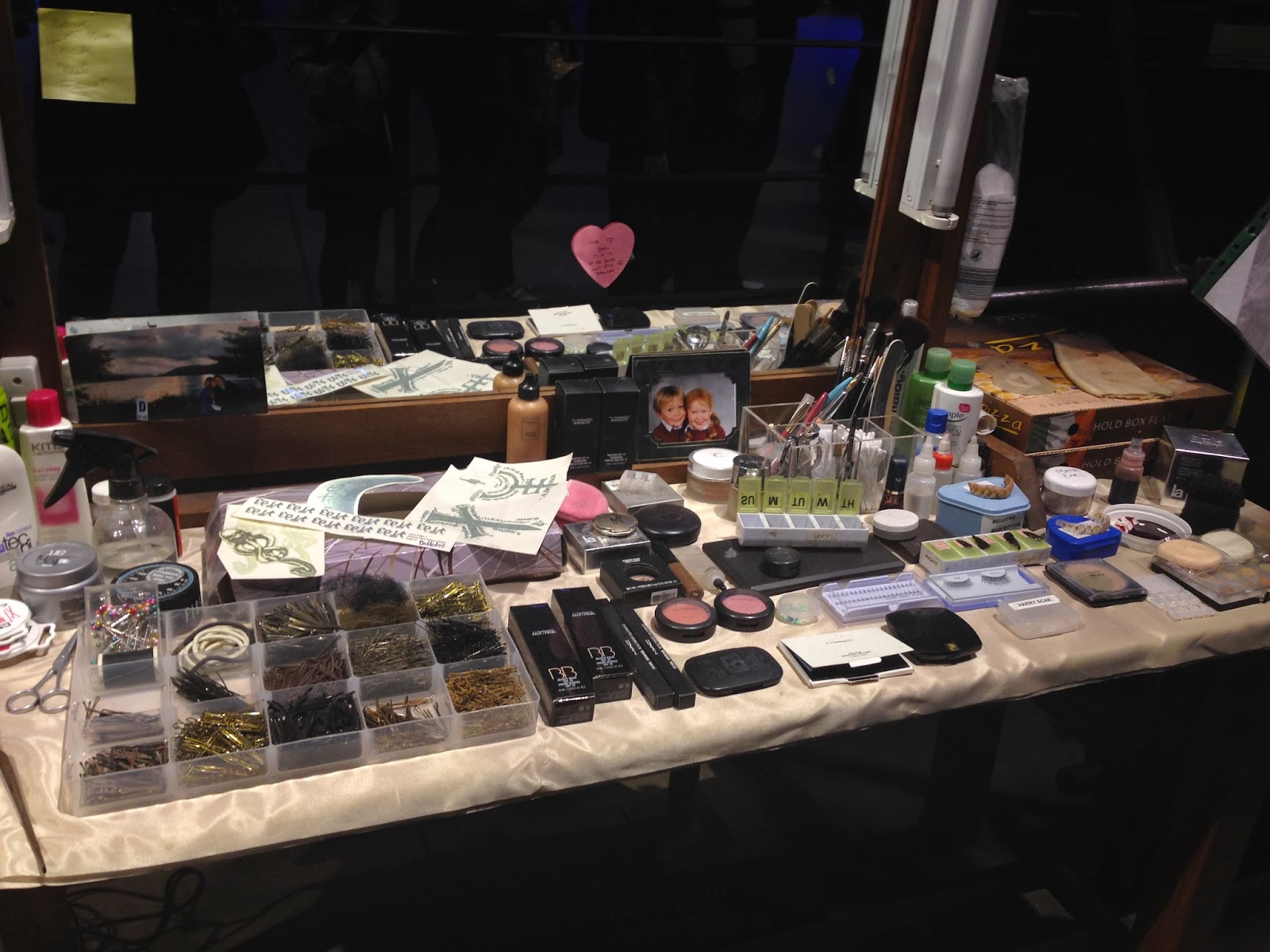 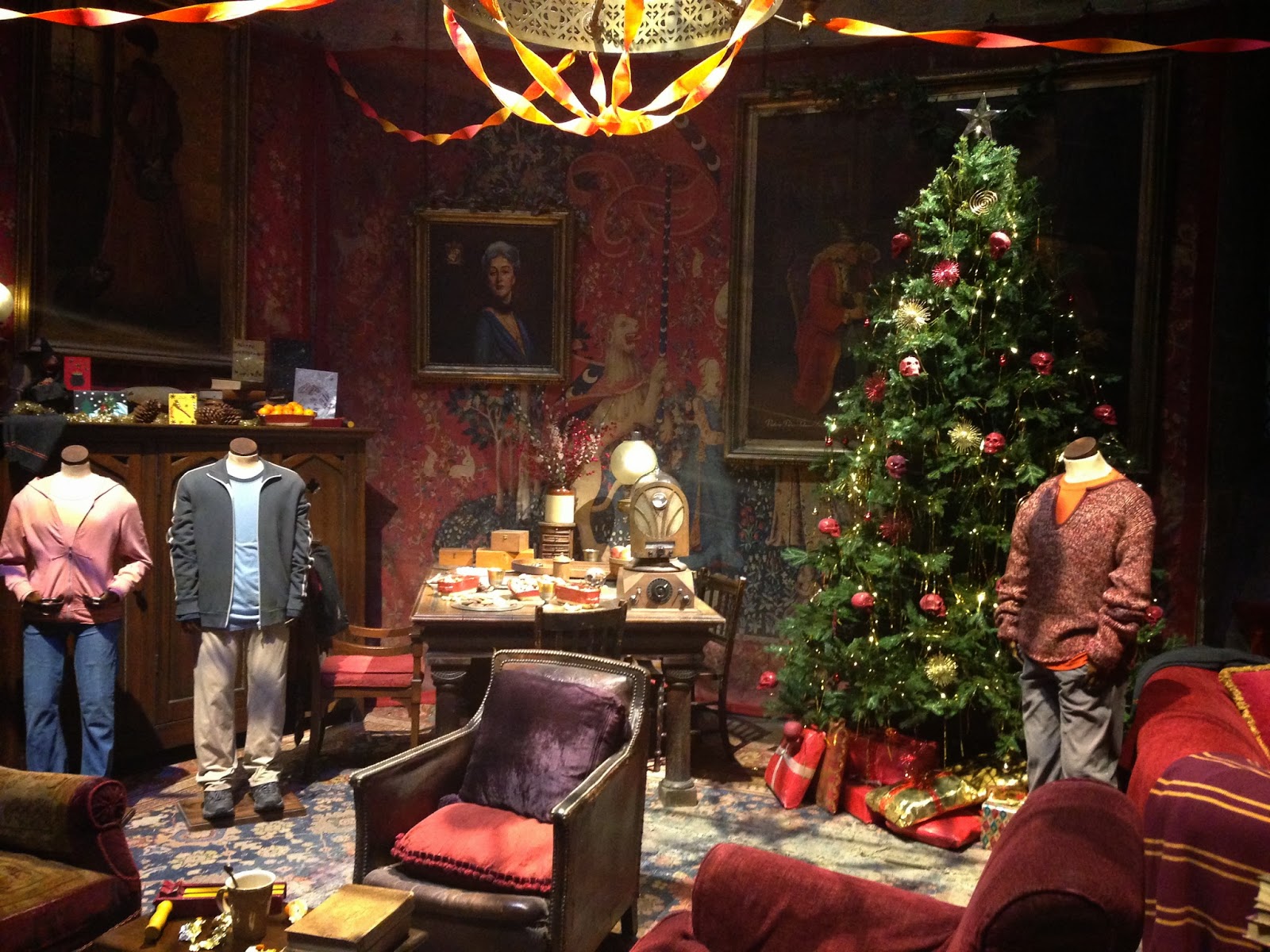 Gryffindor's Common Room was all ready for Xmas! 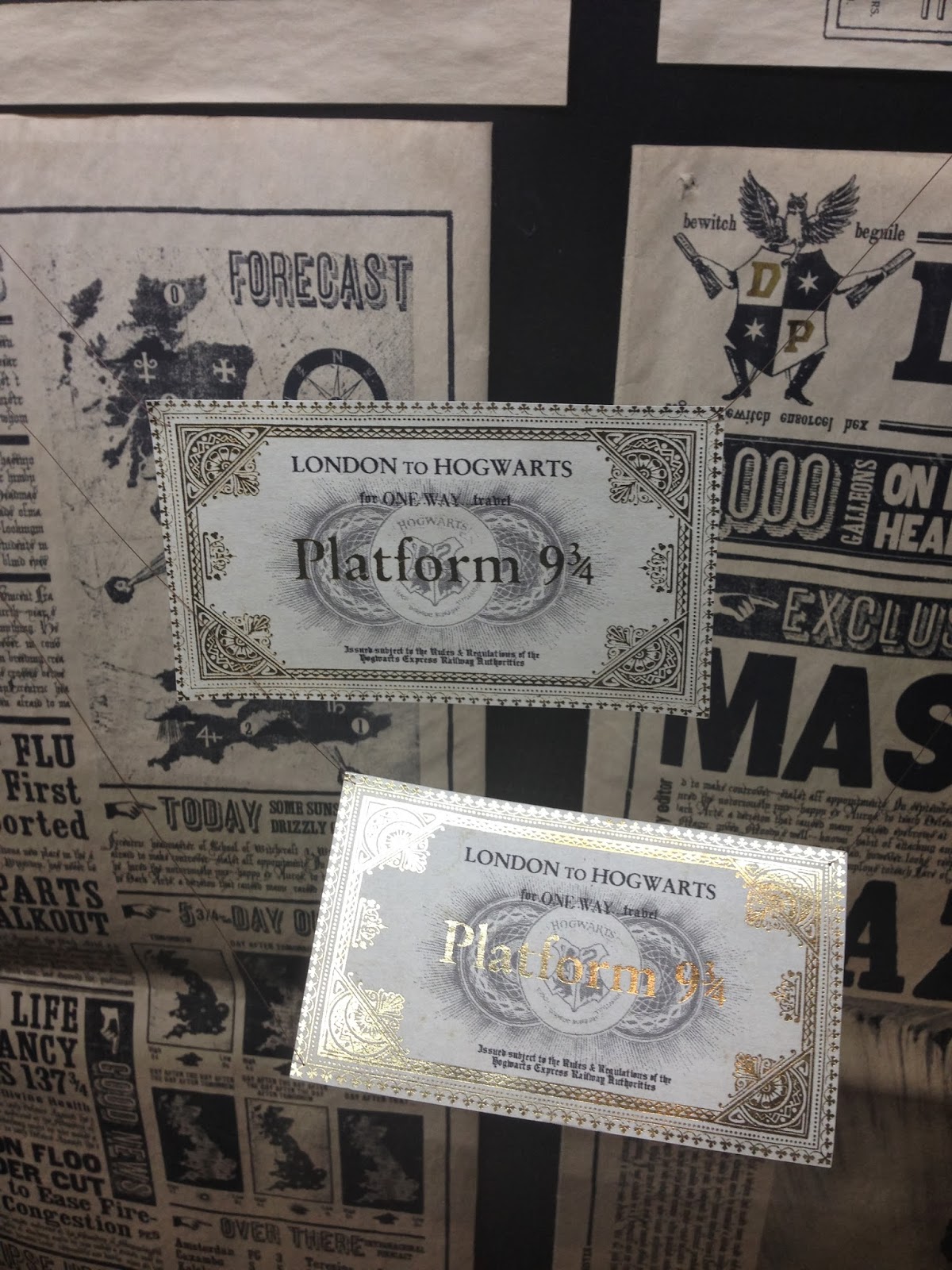 It's the golden ticket to me! Ticket on Hogwarts Express at Platform 9 3/4. 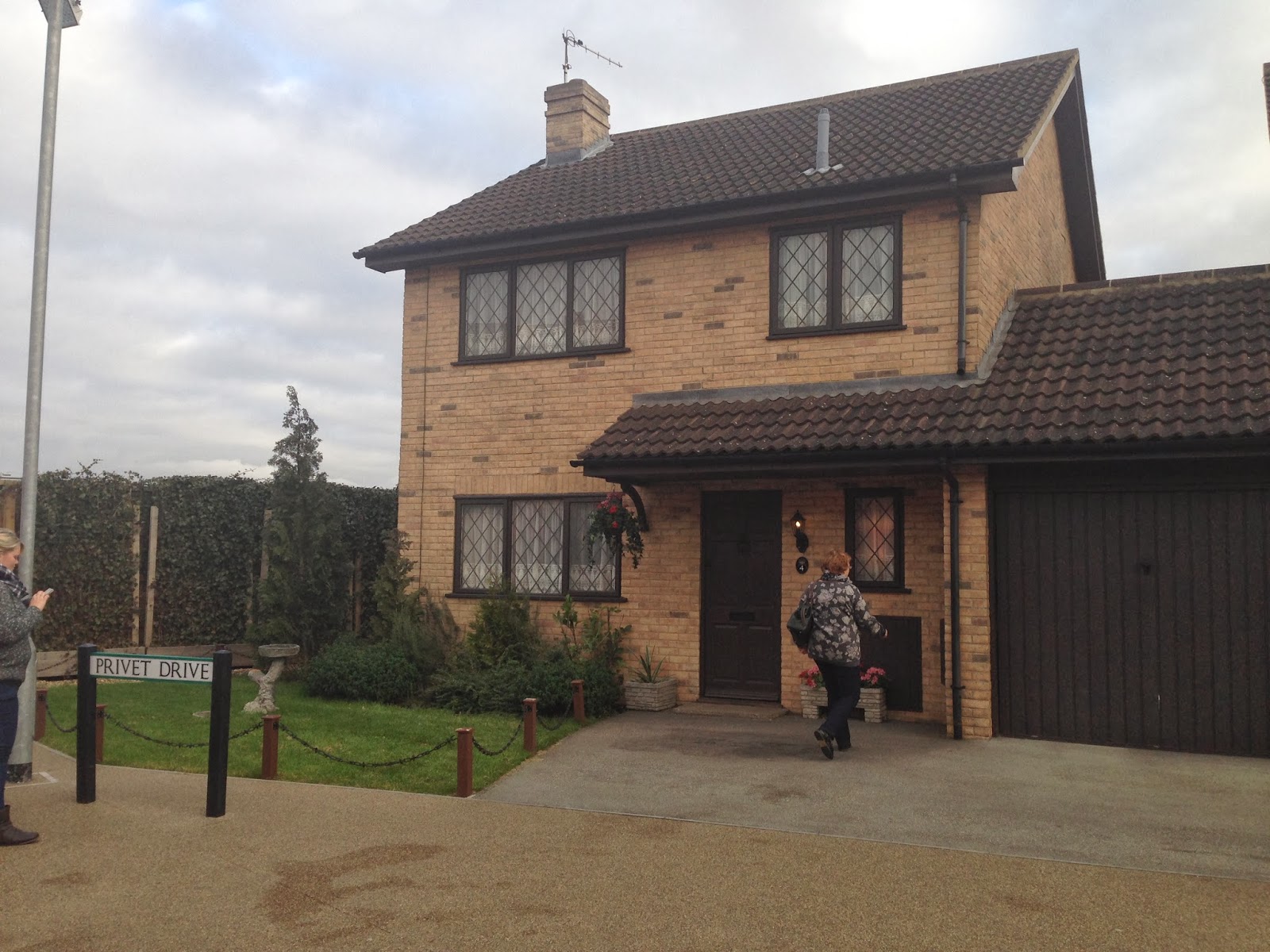 There was an outside area where it had a picnic area and to display some bigger pieces like the three decker Knight Bus, and No 4 Privet Drive! In Harry Potter and the Philosopher's Stone, the crew used a house in Bracknell for filming. But after that, they decided to build & re-create the exact house on set for the ease of filming, so there it was!! It was surreal after walking through the magical sets and came outside to see a normal house! (of course there were lots of abnormal incidents happened inside!) 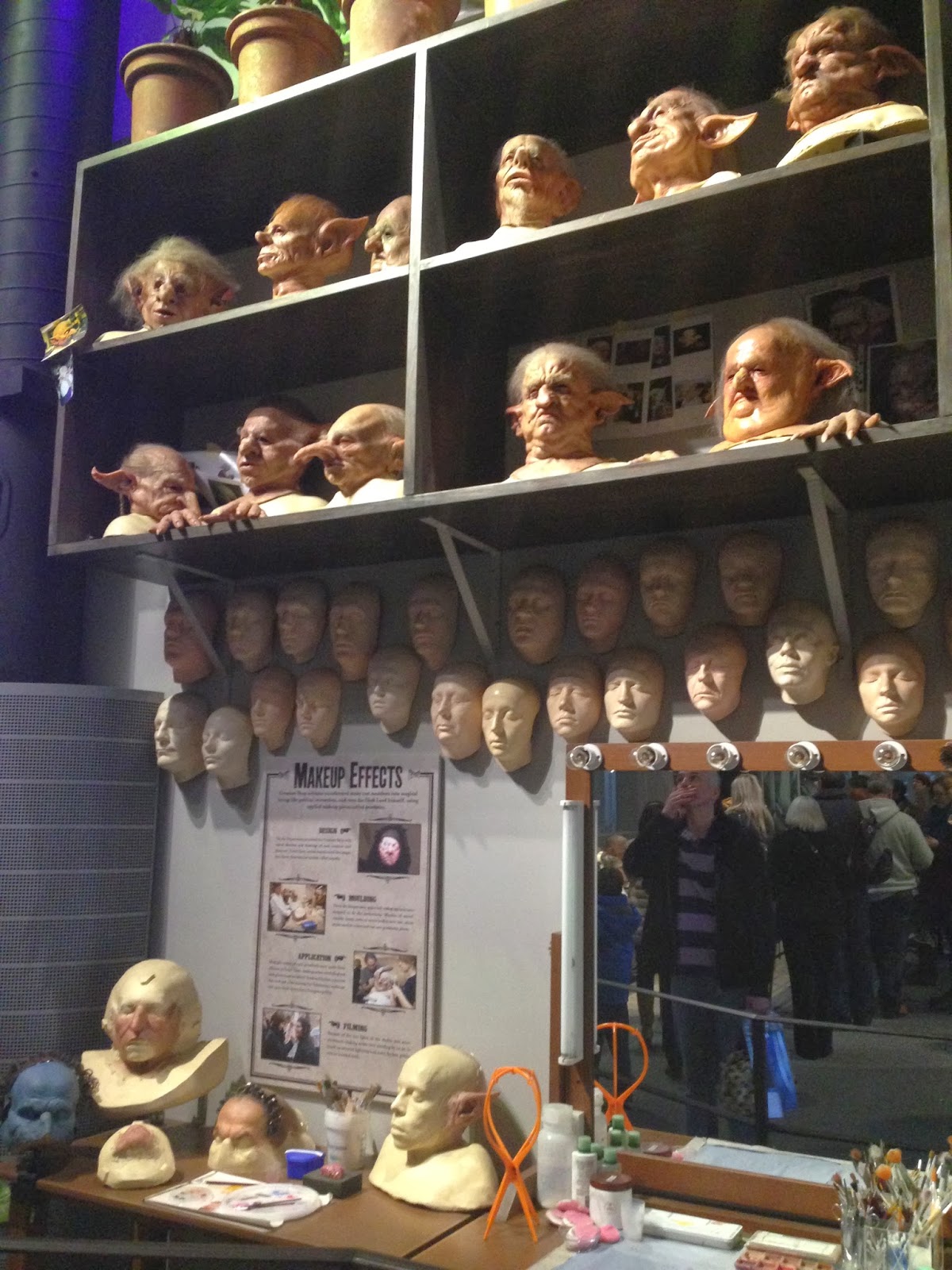 Next area was the special effect workshop where it displayed how the different faces were designed & being made. 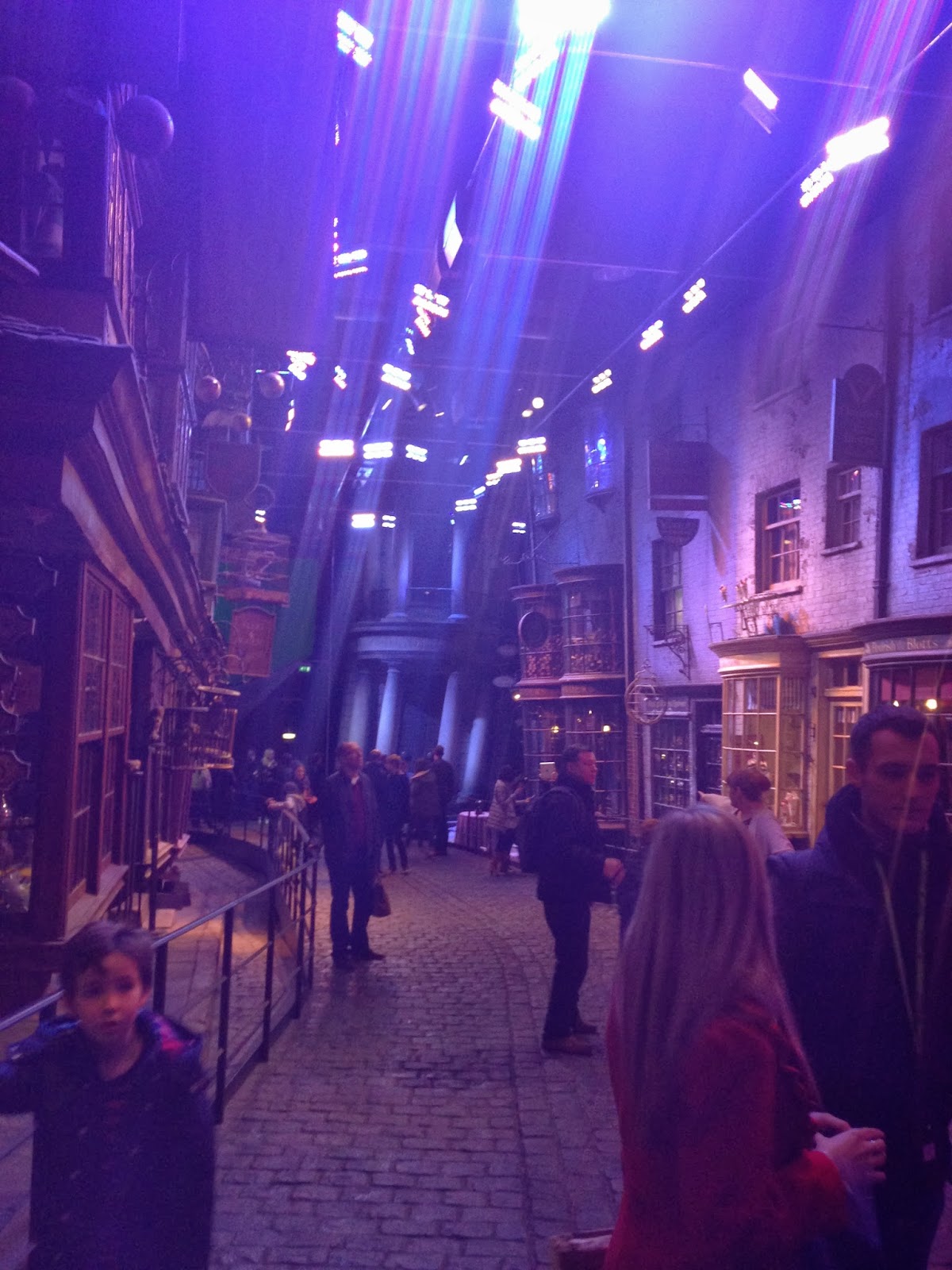 This was my FAVOURITE area in the whole tour - the full set of Diagon Alley. The shops (tho we cannot go in), the cobble street… it was like being transported back in the Victorian London. 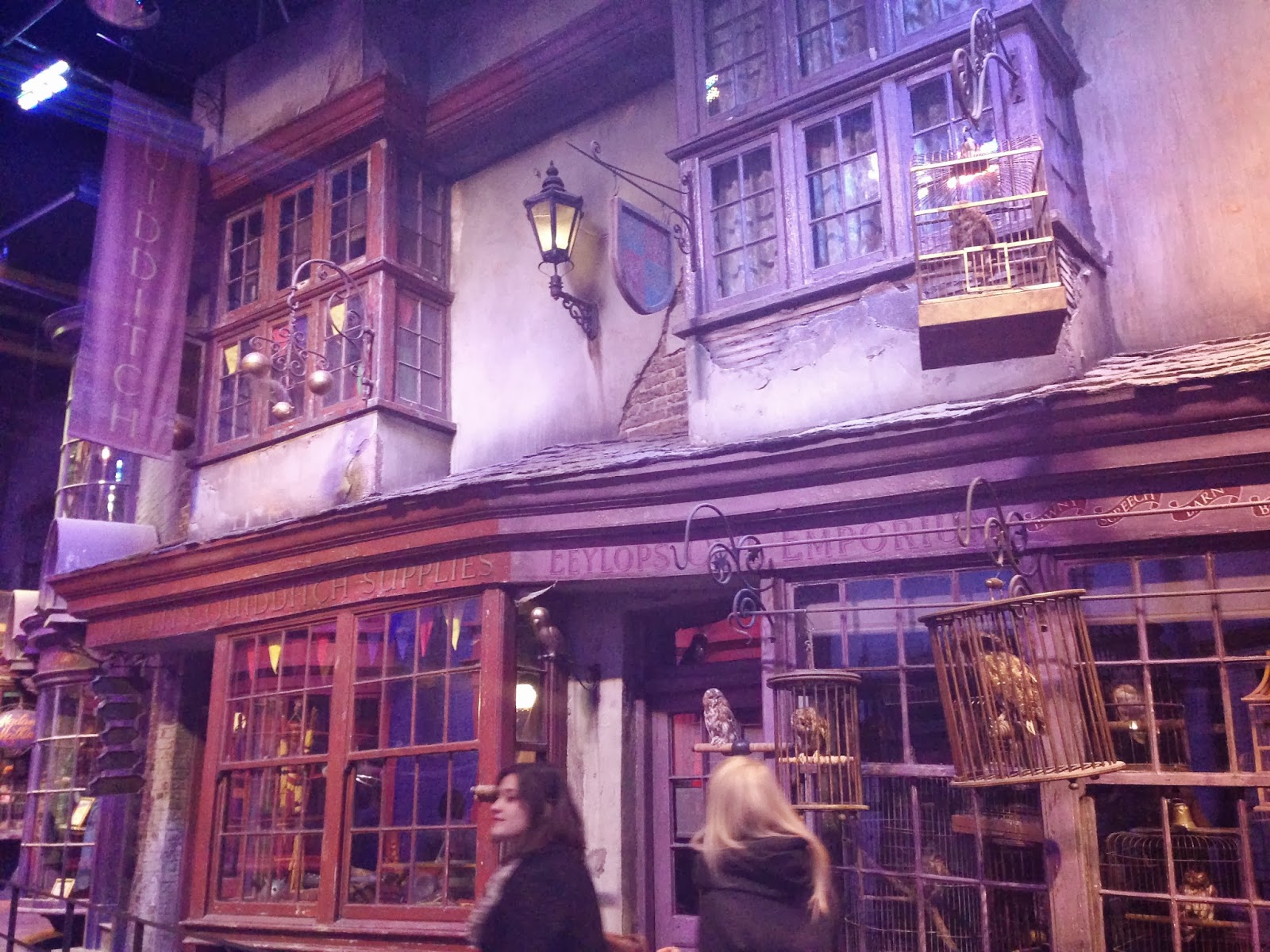 It was the Broom Shop on the left, and owl shop on the right! 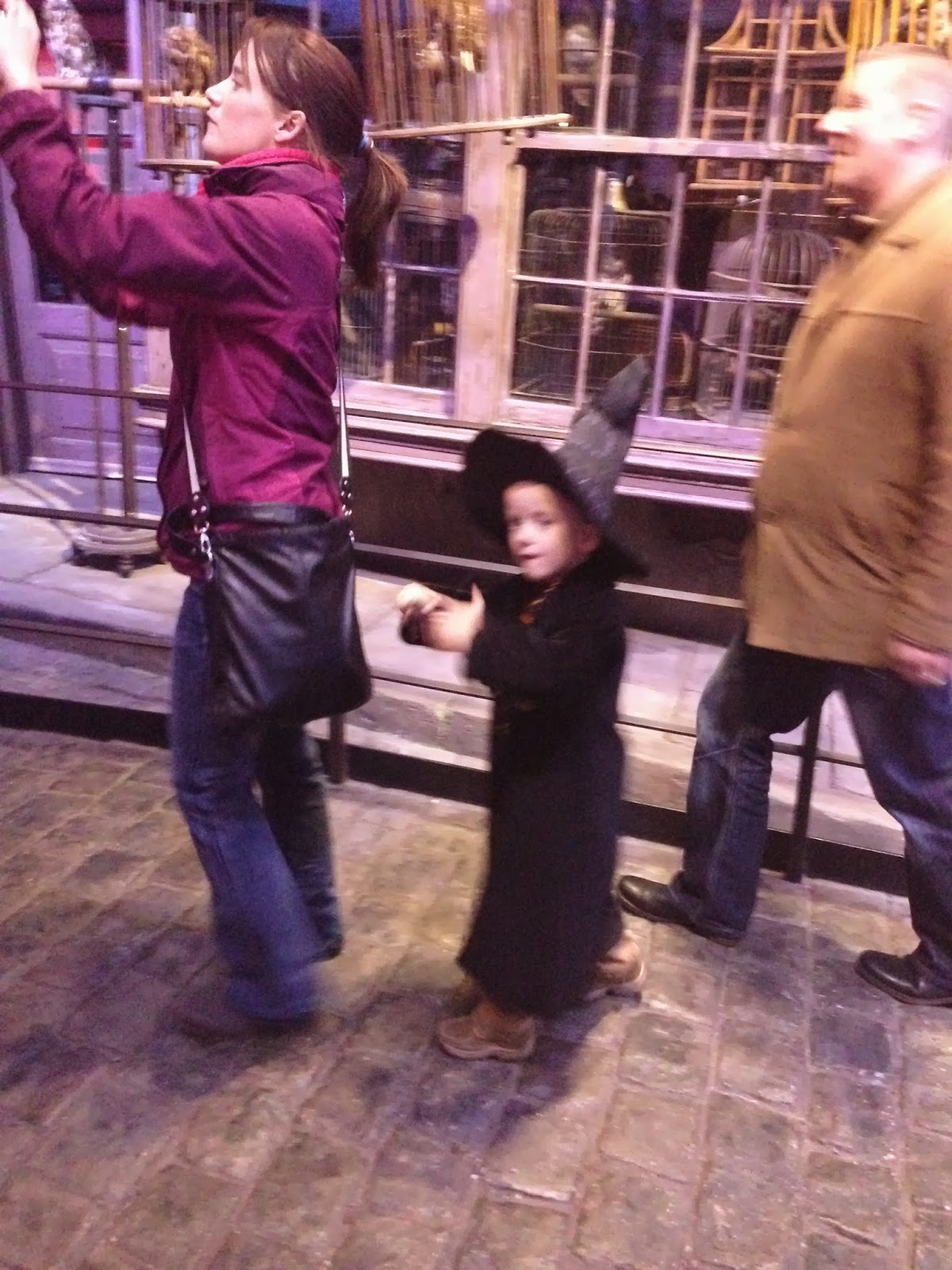 Little kid dressed up for the occasion! 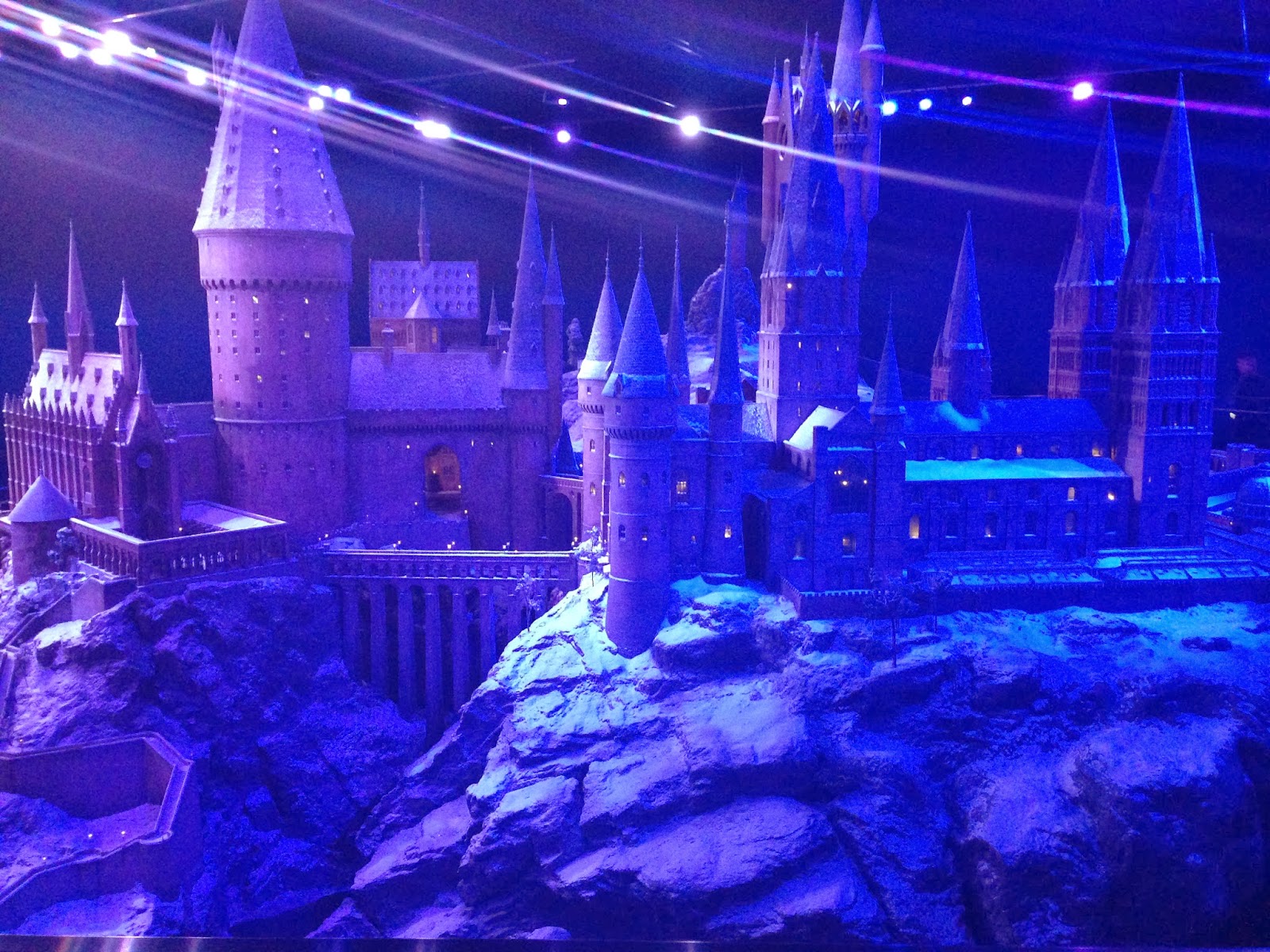 Just before the end, we had one final treat - Hogwarts in snow. The lighting, the music and the sheer scale of the model… it was MAGNIFICENT! You have to see it yourself to take it all in…

The Studio tour revealed a lot of behind the scene set up, and the details of the set!! Every piece was either handmade, handwritten, hand drawn specifically for the movies to make the scenes believable. I was so glad that Warner Brothers turned the studio into an attraction (almost like a museum) to preserve all magnificent sets and all the hard work that the crew have put in.