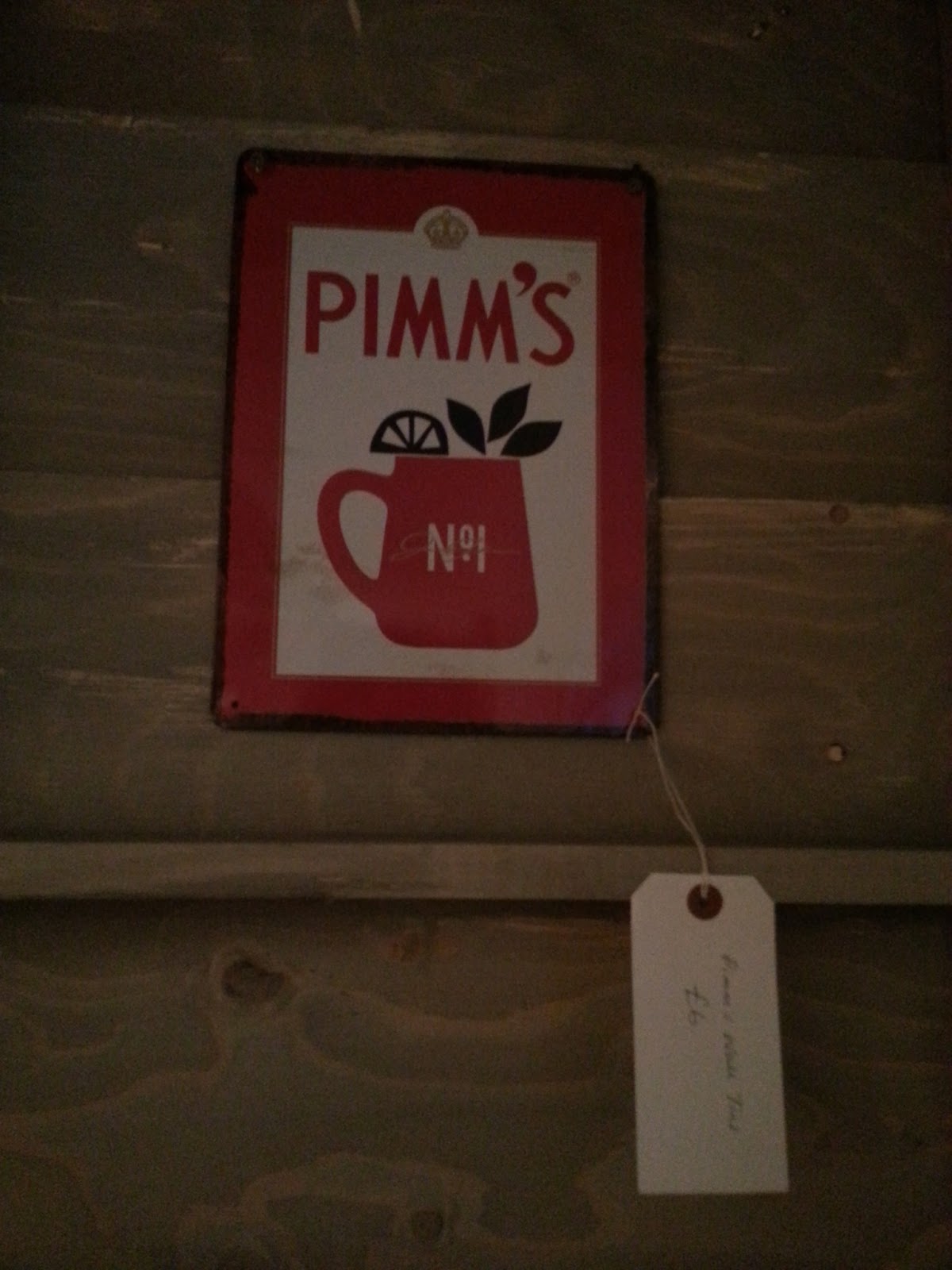 If you don't know it already, Pimm's has set up their first pop up Indoor summer garden on Long Acre (Leicester Square end). But you have to be quick, it is only there from 19th-29th June.
I walked past it a few times in the past week but it's not until last night that I had the chance to stop and went in. 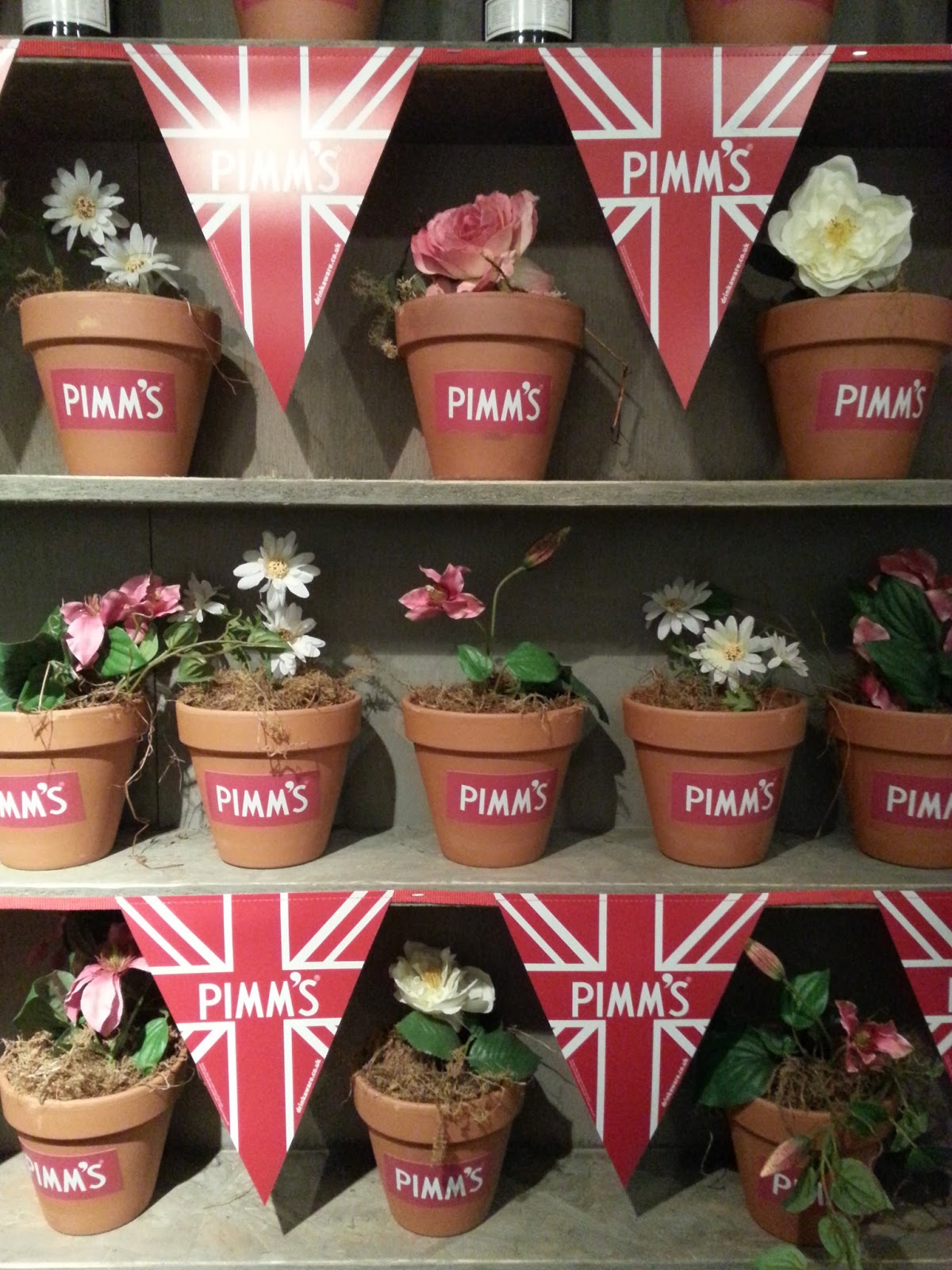 You don't need a reservation to visit. As I entered, my eyes were first caught by the featured wall on my left that had shelves of Pimm's flower pots. 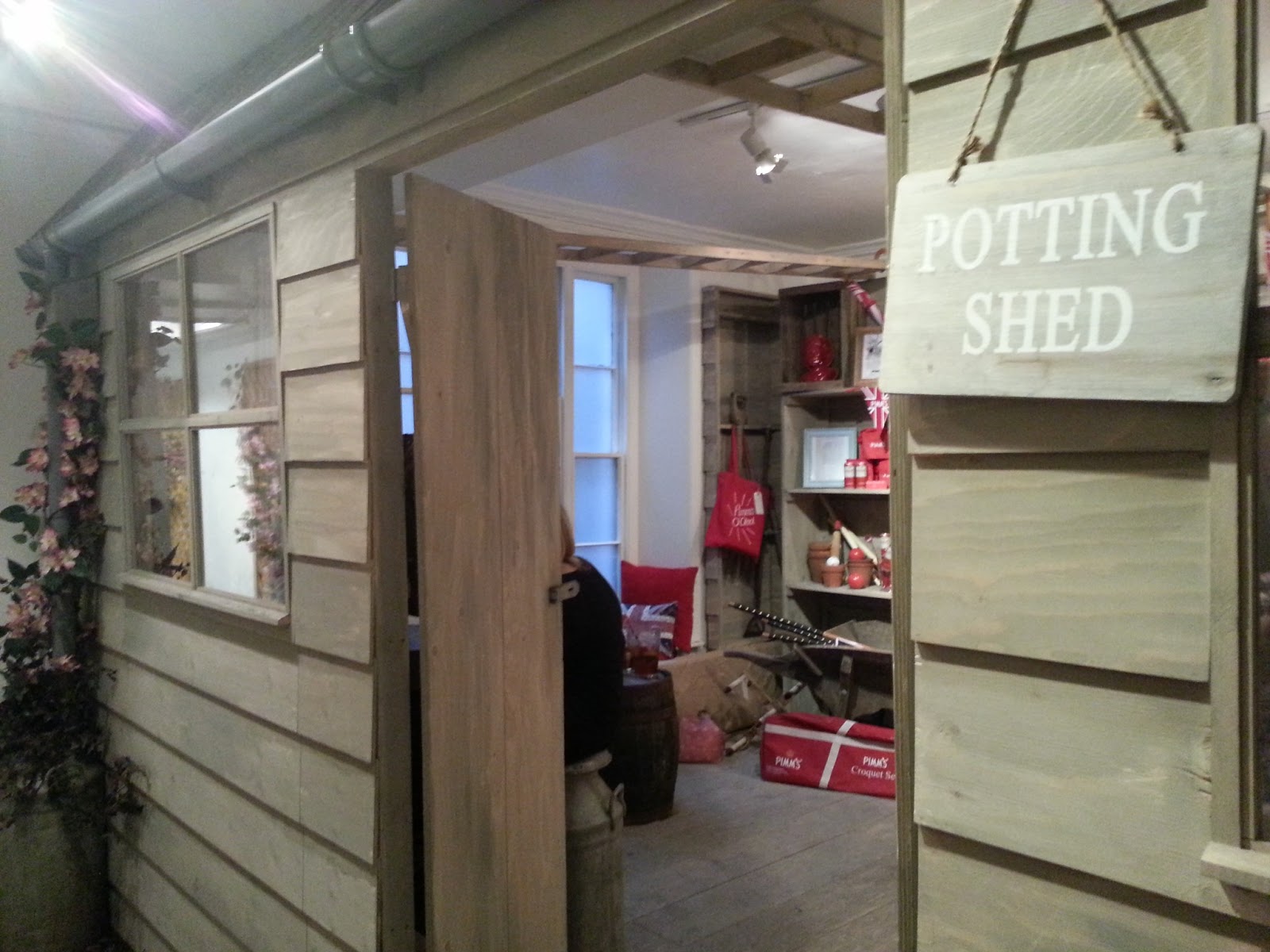 Potting Shed: Lots of Pimm's goodies to buy & you can chill out & have a Pimm's here 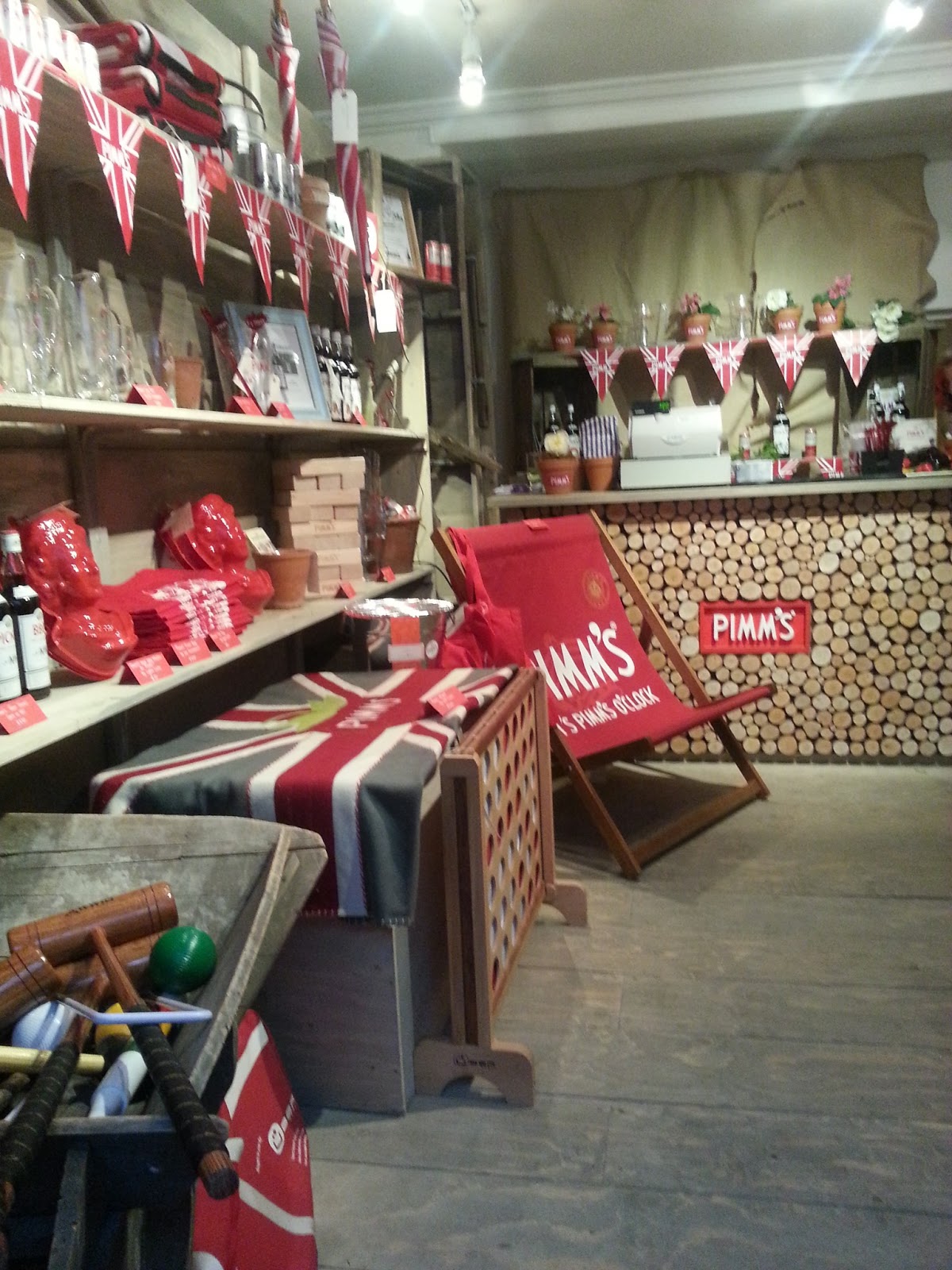 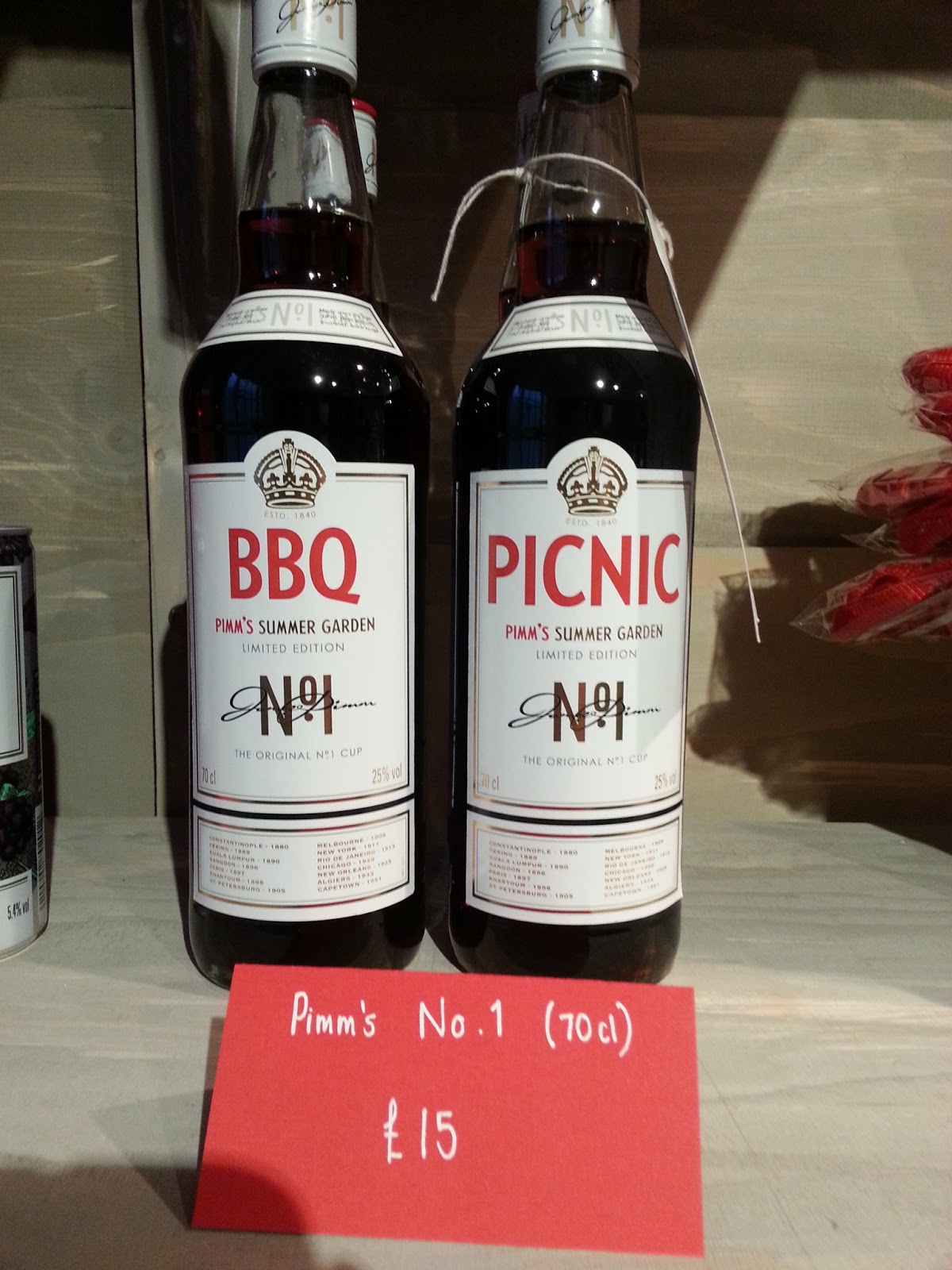 Limited Edition bottles for the pop up

I continued to walk along the corridor, there was a Potting Shed on my right. This was a little shop that sold all of Pimm's merchandise from limited edition bottles of Pimm's, to garden games and picnic blankets.


As I continued walking, at the end of the corridor it was the indoor garden!! 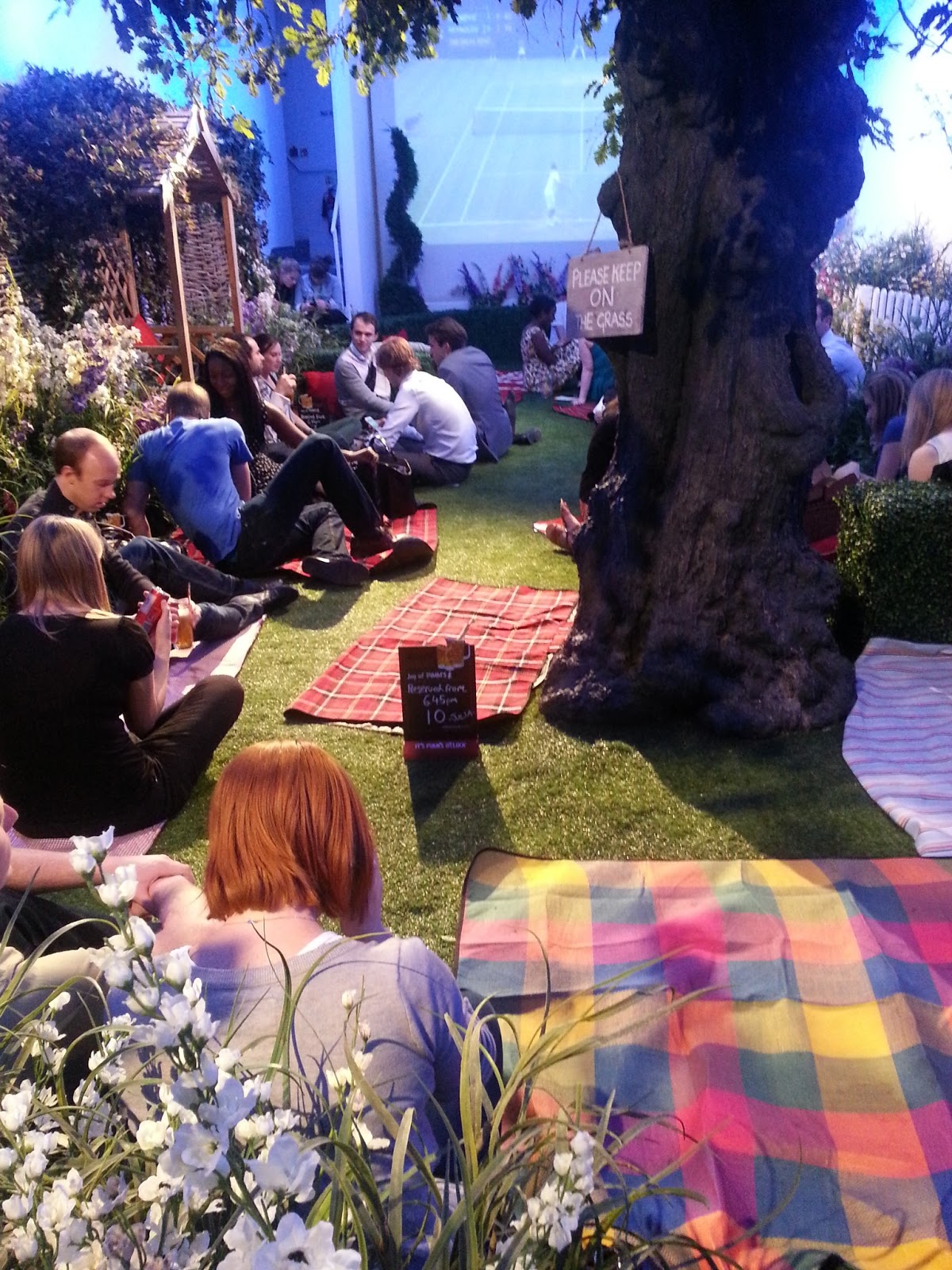 There was a bar for all drinks Pimms' & you can order some bar snacks (such as cute mini scotch eggs). The indoor garden was magical! I felt like I was in the Alice's Wonderland! People were sitting on the "lawn", with flowers around them. The big screen at the front was broadcasting Wimbledon tennis! 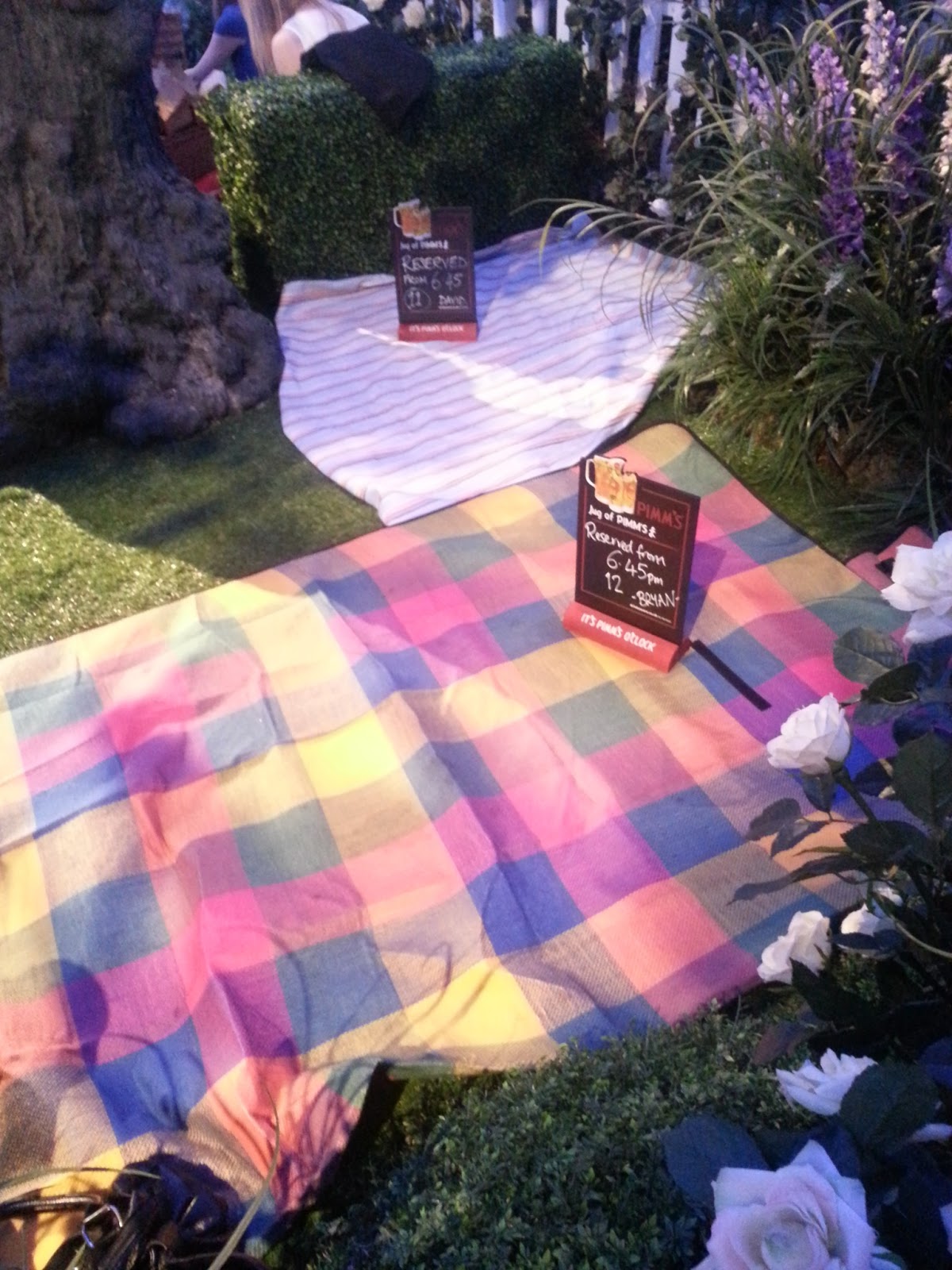 I mentioned reservations earlier... For £20 per person, you can reserve a blanket - a pcinic spot on the law, which you will have a picnic basket, a drink (Pimm's obviously), and a free blanket afterwards to take home! 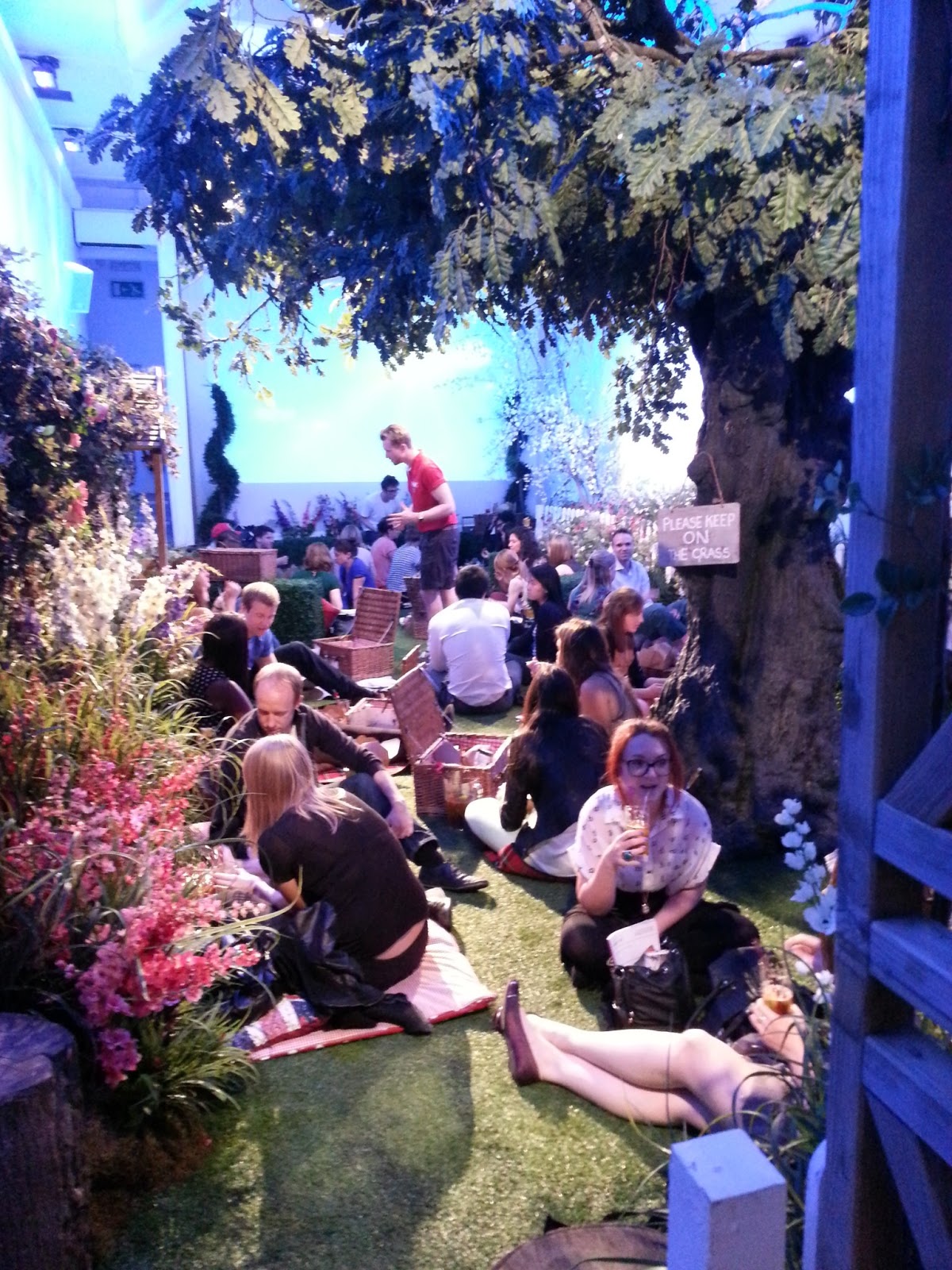 Can you see the picnic baskets?

Everyone was just chilling and enjoying themselves, as if they were having a picnic in Regents Park!

You HAVE TO experience it yorself in order to feel how magical this place is!!!
As I said at the beginning! You have to be quick as they are finishing on the Saturday 29th June!!

If you are interested in booking a picnic spot, you can ring 07466827923 or email pimmsblanket@grayling.com